Welcome, readers! Catch up on the past week’s top news in science and healthcare.

The Future of Alzheimer’s Research and Treatments

If you remember our post from last week, we discussed that TauRx Pharmaceuticals Ltd was expected to unveil results from a phase 3 trial of its Alzheimer’s treatment this past Wednesday. Well, results are out! And unfortunately, the results were disappointing. According to data presented on Wednesday at the Alzheimer’s Association International Conference in Toronto, the drug did no better than a sugar pill at improving patients’ scores on tests of cognitive and physical function.

For decades, the treatments for Alzheimer’s has been extremely divisive in the science
community. Some scientists say the protein tau builds up in the brain. In 1986, scientists discovered that tau forms “neurofibrillary tangles” that are ultimately toxic to neurons. This, the scientists say, is what leads to the symptoms seen in Alzheimer’s. Other scientists say 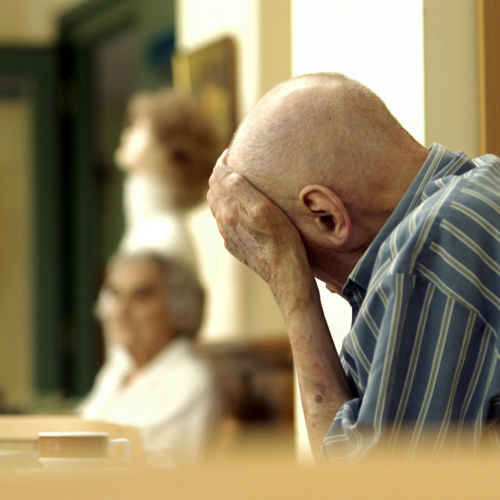 another protein is to blame–beta-amyloid. Similar to the tau proteins, these scientists say there is an unhealthy build up of beta-amyloid in the brain that leads to Alzheimer’s. The beta-amyloid protein clumps into plaques, which destroy the synapses between brain neurons. Over the years, research has grown to support both theories, while at the same time, failed trials show that neither theory may be wholly correct.

New researchers in the field, however, are not as emotionally invested in either theory. They are beginning to think that it’s not as binary as previous scientists made it seem. Dr. Daniel Alkon, a 30-year veteran of the National Institutes of Health and now scientific director of the Blanchette Rockefeller Neurosciences Institute in West Virginia, is studying with his team a new drug, bryostatin, that increases the production of two key molecules to stimulate the creation of new synapses. Even among all the rivalry and disappointing news, there is still a glimmer of hope in the future with bryostatin.

Stay tuned for more updates on potential treatments in this long fought battle against Alzheimer’s.

If you’ve been following our saga on CRISPR (the explanation and then the ethical approval for human use) then you have to hear the latest news on CRISPR; this past week, patients who have incurable lung cancer or who haven’t responded well to other treatments will undergo the first tests in China!

A team led by Lu You, an oncologist at Sichuan University’s West China Hospital in Chengdu, plans to start testing such cells in people with lung cancer next month. The clinical trial received ethical approval from the hospital’s review board on 6 July.

Lu’s team will enroll patients who have metastatic non-small cell lung cancer and for whom chemotherapy, radiation therapy and other treatments have failed. Lu’s team will extract immune cells called T cells from the blood of the enrolled patients, and then use CRISPR–Cas9 technology to knock out a gene in the cells. The gene encodes a protein called PD-1 that normally acts as a check on the cell’s capacity to launch an immune response, to prevent it from attacking healthy cells. The gene-edited cells will then be multiplied in the lab and re-introduced into the patient’s body. The engineered cells will circulate and, the team hopes, attack  the cancer.

While the results of this trial are far away, stay tuned for more news on CRISPR!

Celiac disease is an autoimmune disorder that affects every 1 out of 133 people in the United States. It occurs when the immune system mistakenly attacks the lining of the small intestine after someone who is genetically susceptible to the disorder ingests gluten from wheat, rye, or barley. This leads to a range of gastrointestinal symptoms, including abdominal pain, diarrhea, and bloating.

But you may have also heard of some people that have the same symptoms but may not actually have celiac disease. Many people disregarded this segment of the population, thinking that these symptoms were just part of their imagination. However, this past week, researchers from Columbia University Medical Center (CUMC) may have found the biological reason behind this.

In the new study, the CUMC team examined 80 individuals with non-celiac gluten or wheat sensitivity (NCWS), 40 individuals with celiac disease, and 40 healthy controls.The NCWS group did not have the intestinal cytotoxic T cells seen in celiac patients (T-cells would be seen in celiac patients because of the autoimmune response), but they did have a marker of intestinal cellular damage that correlated with serologic markers of acute systemic immune activation. The results suggest that the identified systemic immune activation in NCWS is linked to increased translocation of microbial and dietary components from the gut into circulation, in part due to intestinal cell damage and weakening of the intestinal barrier.

The researchers also found that NCWS patients who followed a diet that excluded wheat for six months were able to bring their levels of immune activation and intestinal cell damage markers back to normal.

We all sit for longer than we should for reasons we can’t control–an hour long commute on the bus, sitting at a desk at work, or just sitting on the couch at home watching TV (okay, maybe we can control this one). For the past several decades, there has been mounting evidence that suggests sitting for prolonged periods is associated with several types of diseases (e.g. heart disease) and risk for early death. In fact, a recent study showed that sitting for more than three hours per day is responsible for 3.8 percent of all-cause mortality deaths! Recent estimates suggest that more than 5 million people die globally each year as a result of failing to meet recommended daily activity levels.

So instead of reading the book on the couch, download the audiobook and listen along while you go for a walk. Or, if you’re feeling extra motivated, bring your tablet on the treadmill and watch your favorite TV show while you get a couple miles in! Either way, you’ll find yourself happier and more physically fit.